Posted by admin on 5 March, 2014
Posted in: Uncategorized.

I have created a website for the newly opened traffic school Basses Trafikskola which is located in Norrköping, Sweden. This uses the Content Management System ‘Joomla!’ to change the content in the website easily. I have done the design in HTML, CSS3, jQuery, JavaScript and GIMP. 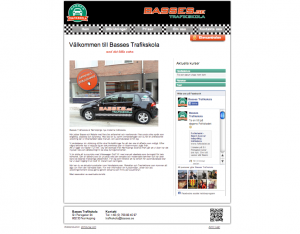 Posted by admin on 9 January, 2013
Posted in: Uncategorized.

This is the title of the thesis work I made at the Department of Electrical Engineering at Campus Valla in Linköping. This involved to implement gaming related algorithms on the ePUMA platform using parallel programming. One of those algorithms was the ‘Rasterization & Fragment Processing’ part which draws 2D and 3D objects like polygon shapes and icosahedrons. The images below shows how these were drawn pixel by pixel with the algorithm I wrote.

This thesis work was finished in December 2012 and the whole report can be found by the following link: Thesis work report

Posted by admin on 9 January, 2013
Posted in: Uncategorized.

I have created a website for the restaurant Paradiso which is located in Norrköping, Sweden. This uses the Content Management System ‘Joomla!’ to change the content in the website easily. I have done the design in HTML, CSS3 and GIMP. 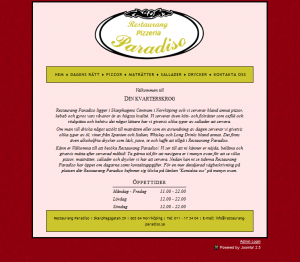 OΥΡANIO TOΞO ΠΡIΣMA (Rainbow Prism) – A game that was developed and finally demonstrated in the course ‘Advanced game programming’ (TSBK03) at Linköping University in Sweden in May 2011. The original idea of this game, where you control a spacecraft which can fire a white beam that refracts into rainbow beams through a glass prism and then eliminate several enemies at the same time, was invented back in autumn 2009. But due to other commitment, the development didnt start until September 2010. This game was developed in XNA Game Studio 3.1 and in the future I plan to release the game in a improved and completed form through the service Xbox Live Indie Games. The date is yet to be determined since I am now with working my thesis work which is the last thing to complete on the Media Technology programme at the Linköping University.

Dark Side of The Rainbow (Under Development)

Posted by admin on 21 February, 2011
Posted in: Uncategorized.

A game that is based upon the Glass Prism Dispersion Effect which is developed in XNA Game Studio 3.1 as a part of the game course ‘Advanced Game Programming’ (TSBK03) at Linköping University. It is intended that you will steer a spaceship in a TRON-like 3D-environment where you have enemies that are attacking you. You can attack the enemies by firing your light beam from the spaceship, but it is only limited to attack one enemy at a time. But with the glass prisms that are placed at certain location of the environment, you can fire your light beam towards a glass prism and the fired light beam will refract into a wide band of rainbow colors. The rainbowband, that comes out from the other side of the glass prism, will be enough that it can eliminate several enemies at a time. This game is still in development though where there are several things that aren´t implemented it which are among other things:

On the other hand, you can steer the view, shoot the ray at any direction against the prism and shoot rays several times. Two raybeams will appear when you shoot a ray against the prism: One that is reflected and one that is refracted. This game project is expected to be finished in the month of May.

Posted by admin on 21 February, 2011
Posted in: Uncategorized.

Halftone Shader App – This is an application that I wrote in C, OpenGL and GLSL which was developed as a procedural project in the course ‘Procedural Methods for Images’ (TNM084) at the Linköping University in Jan-Feb 2011. This application performs AM halftoning on read-in image textures in real time, where you can change screen angles, increase/decrease the dot scale and apply filters like Anti Aliasing and Frequency Clamping. 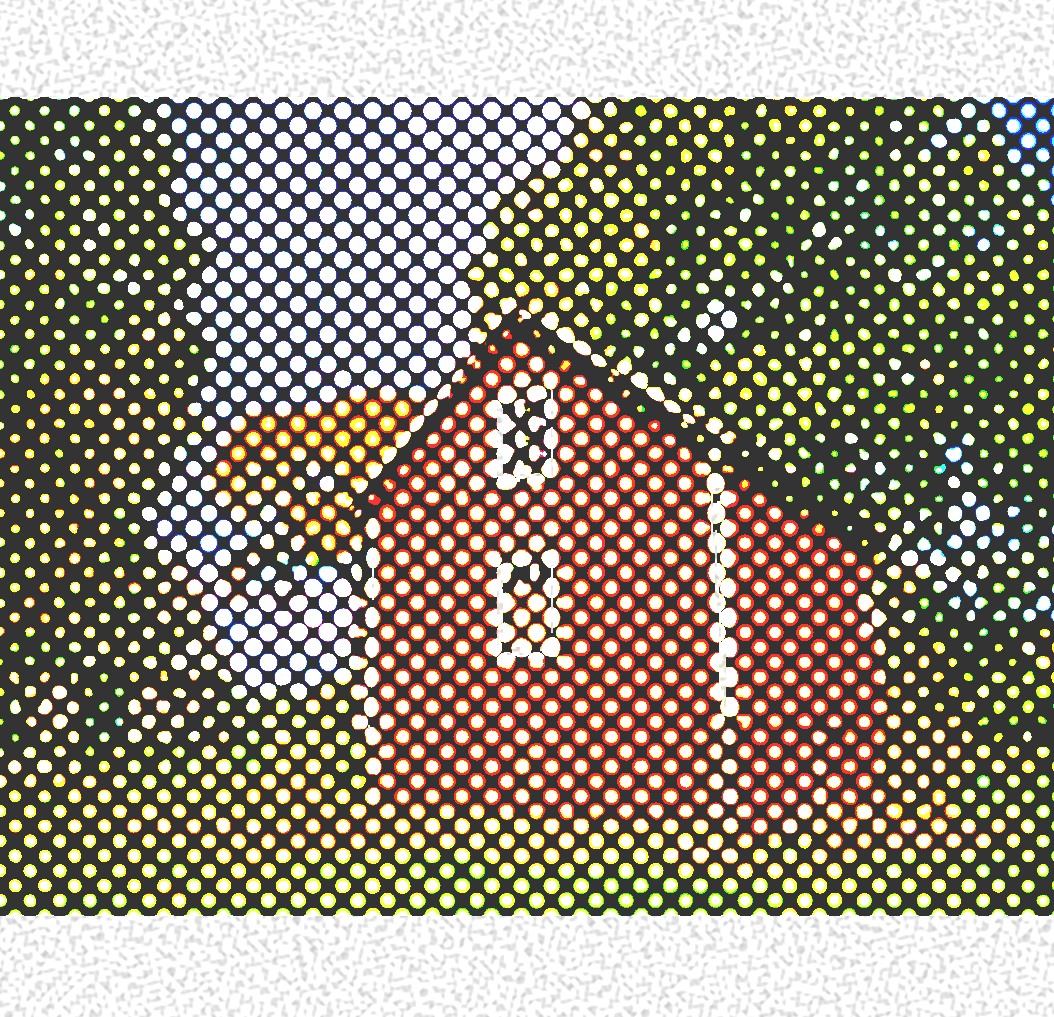 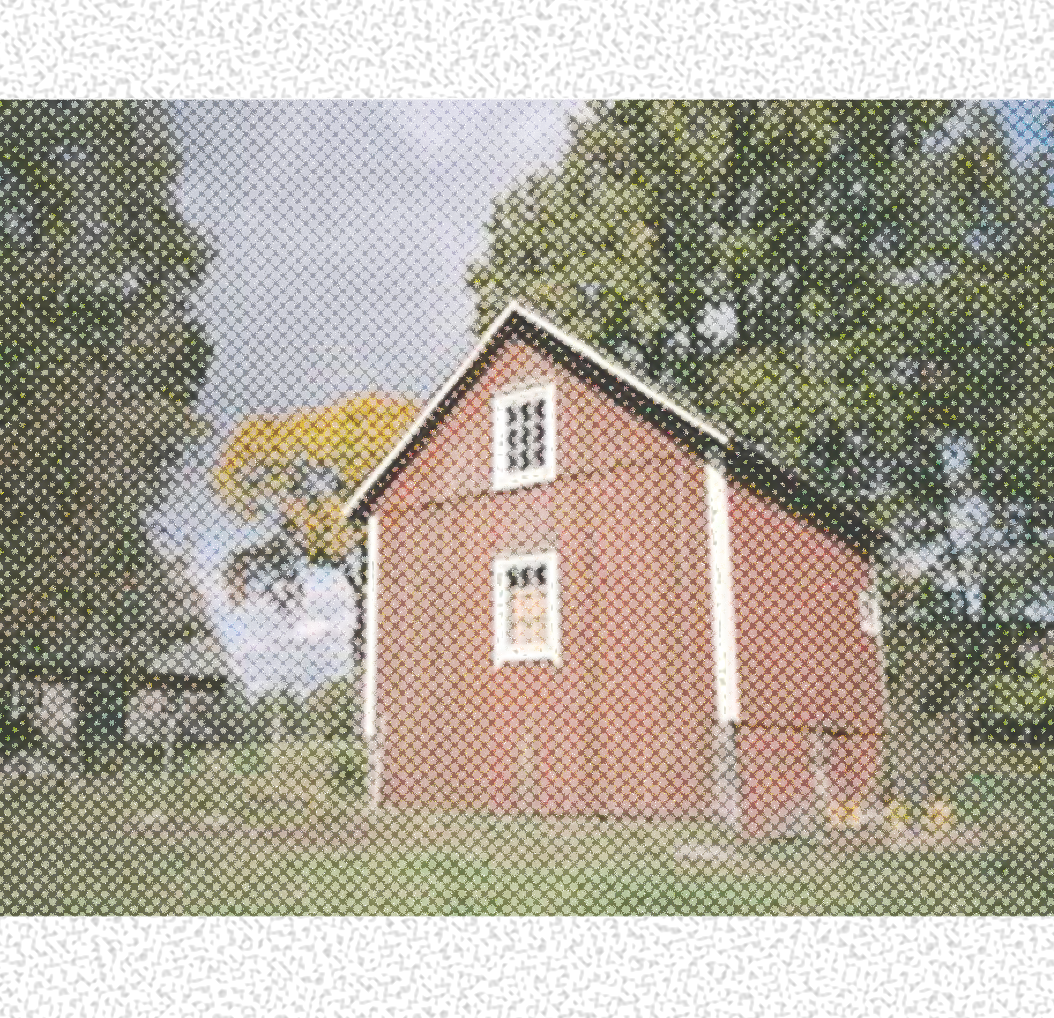 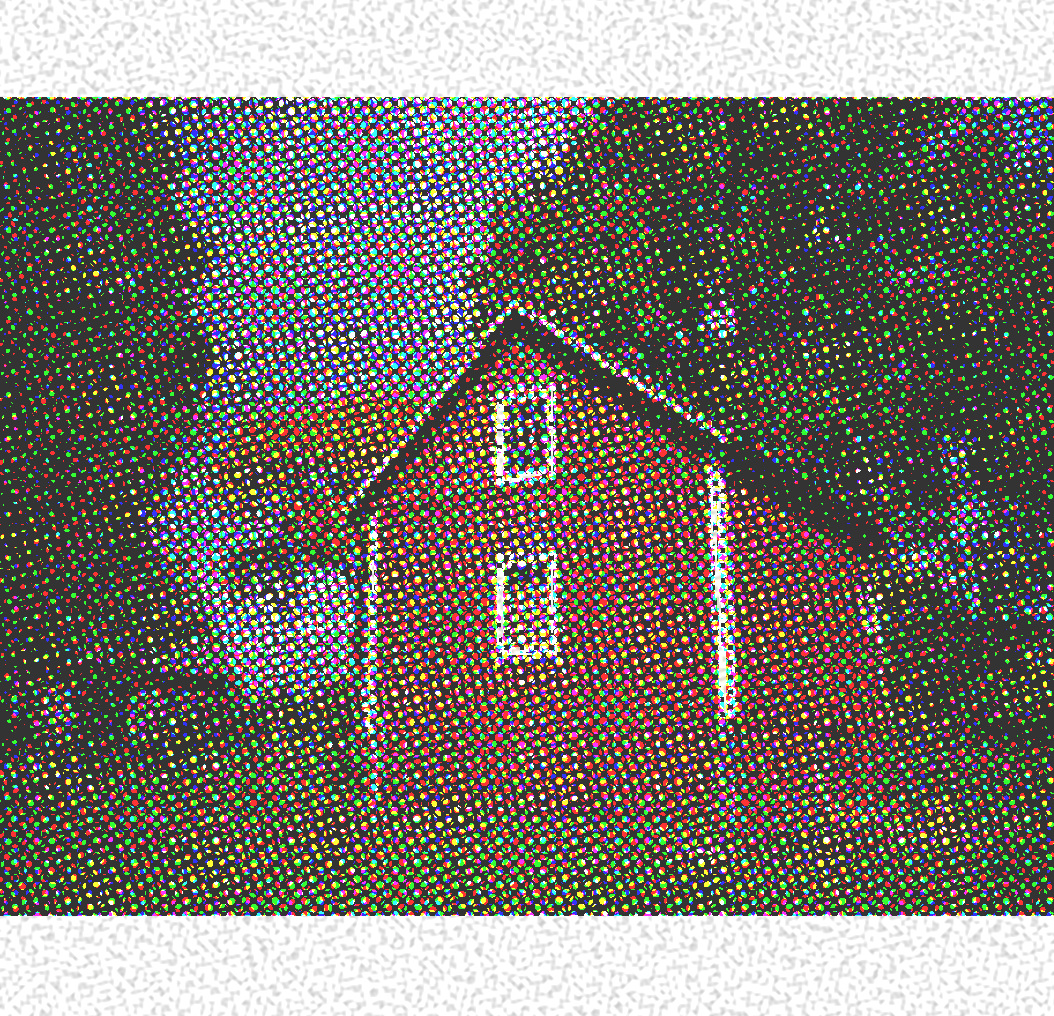 Paparazzi Scent Celebrity: An A.I. – Project that I developed in the course Computer Models of Cognitive Processes, TNM066. I wrote this application in C++ and OpenGL and it simulates the behavior of paparazzi photographers when they see a celebrity in sight. The paparazzis follows every movement the celebrity takes and by implementing the flocking behavior – which originated from the computer graphics expert Craig Reynolds in 1986 – the paparazzis will then move in a concentrated area (cohesion factor), maintain the same velocity (alignment factor) and at the same they won´t be colliding with each other (separating factor). Earthquake Application is an application that visualizes numerical and text data from earthquakes that have occured all over the years in this world. The numerical data consists of the death toll, Richter scale, occuring date and longitude- and latitude-coordinates while the text data consists of the country and the city the earthquake occured in. With these data the application visualizes the death toll on a graphics chart and points out the earthquake location with the help of the longitude- and latitude coordinates. This application was created during the course Information Visualization (TNM048), writing it in the programming language C# and rendered with GAV – Geo Analytic Visualization Framework.

Baseball Simulation is an application that simulates the projectile movement when a baseball is hit by a bat. I developed this application in a project group with the students Olof Hansson, Mats Karlsson and Lucas Ricchi Lucci during the course Modelling Project (TNM085). This application was programmed and rendered in the 3D API Java3D and also had the support of activating a side wind that would blow the ball away when it was up in the air. 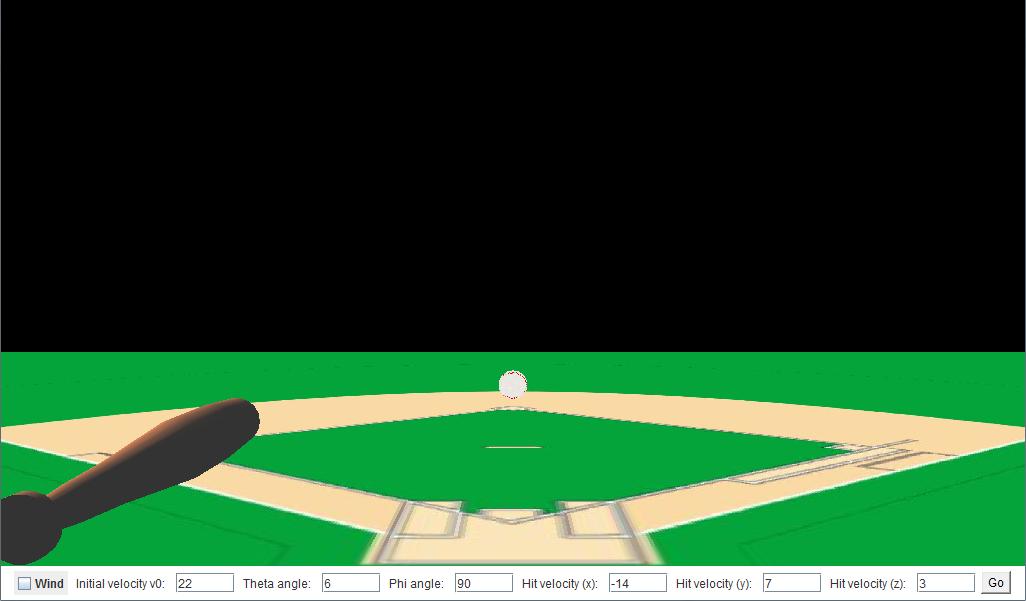 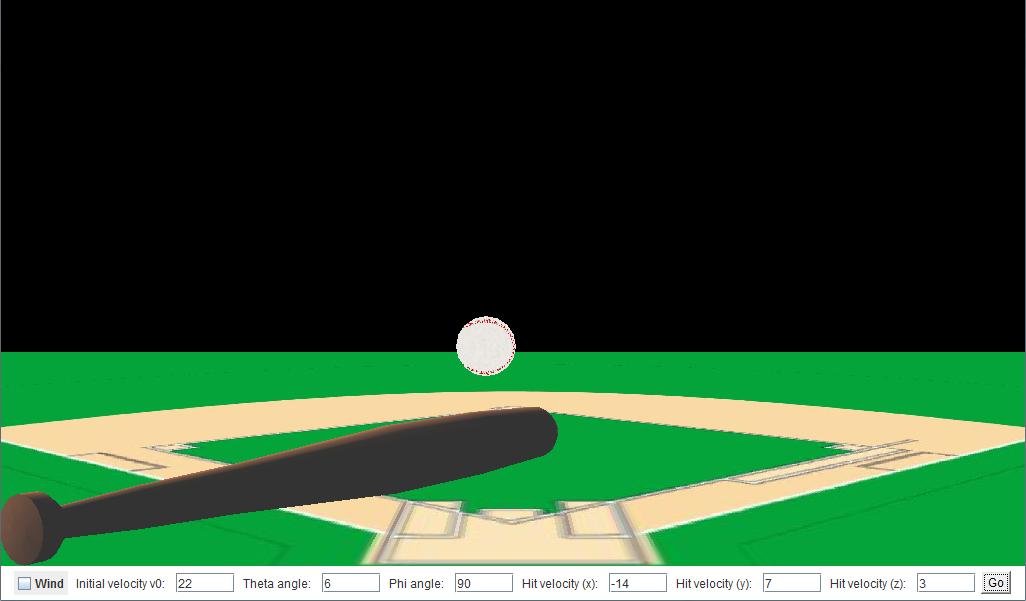 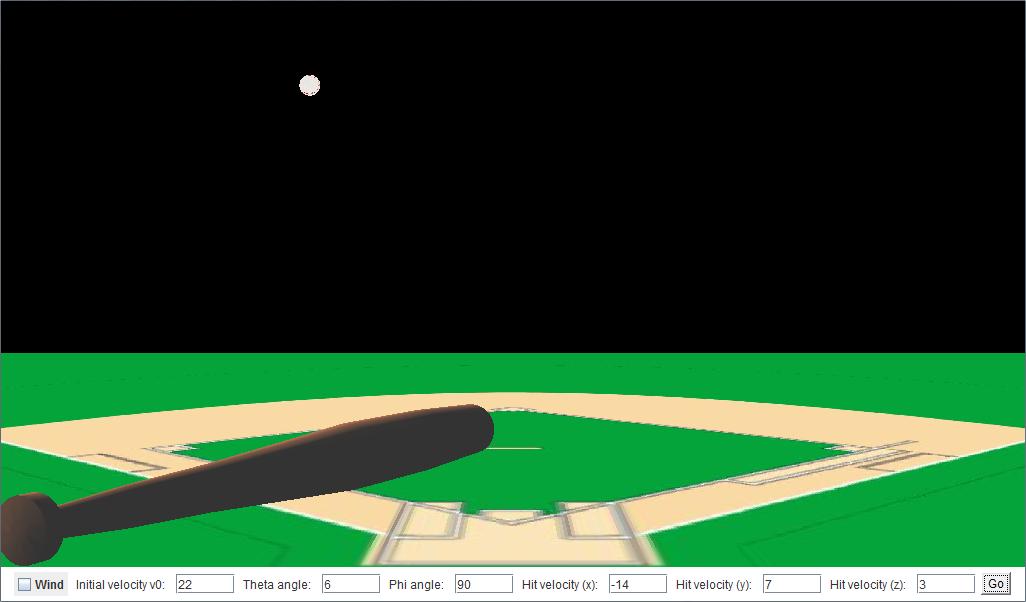 Game Shell Reviews, a web page which I developed together with Tim Larsson in the course Databases (TNM055). This web page displays the information from a database that is formed by entities and relationships. The information consists of game titles, reviews, ratings, release date, genre, system among others and is accessed by using PHP and MySQL. 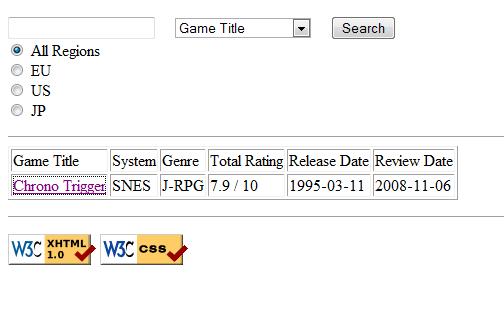 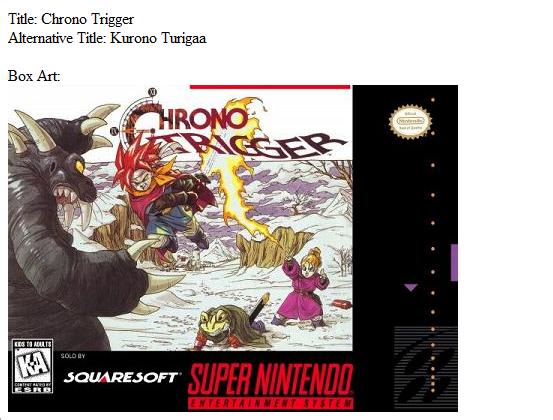 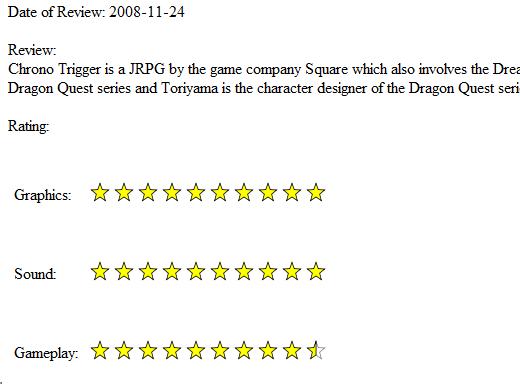